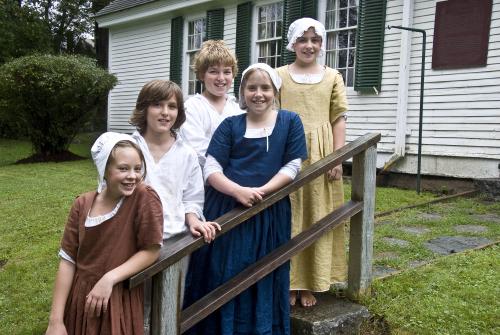 John Perkins – On Education for Boys

But I knew since I was young that I wanted to be a sailor. My first memory ever is of sailing - with my Father, and Nabby and Ruthie, out to Bear Island.   And I am always about the harbour there. Indeed, on one occasion I was ‘in’ the harbour - I fell in and had to be pulled out.  I think back now and realize how frightened my father must have been - you see, his first son Roger was drowned at sea.

And not long after my harbour dunking, my father had just launched his new schooner in 1788, the Minerva, and he was to make a business trip to Halifax in it.  And he said I was to go with him!  Well, the wind finally came right, and we sailed. It was my first real voyage, and I did so enjoy it!  What disappointment to arrive in Halifax and then to remain there for two long weeks.  If I found Halifax dull, our return voyage was not.  We encountered a snowstorm and the Minerva, well it shuddered, and it groaned.  As did many of the passengers - but not me!”

“My father thinks lessons are very important for all us children.  My sister Polly will go to Halifax to board and study with Mrs. Holmes.  For Polly’s learning, that will cost Father £35 a year, but he always says it is his duty to provide education to his children.  He also says that Polly can teach the other children what she learns.

For me though, I was just a very little girl when I first took lessons - I went to Mr. Thomas’ school.  That was in Mrs. Collins’ house and I remember I went with John and Lucy - they’re older and they looked after me. Then I studied with Mr. Calkin and now I’m at Mr. Stevenson’s - to learn writing and arithmetic. But Nabby - she’s my oldest sister of all - she couldn’t go to school then because Mother needed her about the house.

Mother says that everything I do now is preparing me for when I have a family of my own.  So, no matter what may come, right now we have to learn to sew.  I practice now so that I can soon begin my sampler – that’s my example piece so everyone will see how well I can stitch.”

“Mother tells us the story about when Father came back from a business trip to Halifax - or he might have been attending the Provincial Assembly there; I don’t remember exactly.  But he told mother that one evening he went with Mr. Uniacke to see a play.  Mother asked him much about it which he readily answered but to the question of whether or not the performance was a good one, he could offer no opinion, never before having seen a play with which to compare it!

But entertainment here in Liverpool, well, there was Mr. McGinnis and his slight of hand tricks. Then a man showed off wax figures at Mr. Phillips tavern.  And there was a company of play actors - they put on an exhibit of rope dancing at Mr. Douglass’ Tavern.  They gave several performances - I know hundreds of people attended.

But my favourite - even father liked this – was Captain Gorham and his learn-ed pig.  Father said he might have expected a dog or horse to be such a scholar but never a pig.  Well, you know, people paid 7 and a half pence each to see this pig, so I think Captain Gorham was quite smart, too!

In the winter, father has a sleigh and horses, so we often go for rides.  Mostly around town or to the Falls, or to the lake for a skating frolic, and almost always with mother and father.”

“I am quite well today.  It is not always so.  I have had my share of sickness since I was just a little thing.  Before I had my second birthday Nabby tells me I had a lopsided stomach.

Then when I was four, I suffered from a rickety complaint.  Dr. Miller said I should be plunged in cold well water for a cure, so that’s what father did.  It’s not a very deep well but it was spring, and the water was high.  I was plunged in there three mornings in a row and then given a rest for the next three days, then dipped again for another three days. Then all over again – nine times in the well!   I found out that cold well water can be very cold!   However, Father said I bore the dipping to admiration.

My next calamity I will share with all of Liverpool - that is when we are inoculated against the Small Pox.  This causes some of us children, here at home, to be faint because Mr. Kirk does the inoculation with a knife.  He makes a cut right into our skin. Between the thumb and next finger of our left hand.  Then he takes a little piece of thread which has the Small Pox on it and puts it into the cut.  Then he wraps it up. We’ll all have pain and swelling and will break out in eruptions. I will have a high fever and mother and father will be alarmed at that.

But I’ll get better – all my family will!”

“I’ve been to a lot of the funerals in my day.  Of course, there was my friend - Willie Gardner - they found his knife and fishing pole on the wharf.  Then Sylvanus and Sarah Morton drowned in the mill pond.  And they were buried in the same coffin.  They did that other times, too - a little child died and was buried; then another child from the same family died, too, and they opened the coffin and buried them together.

And there was my friend Alexander Huston - he died of a bad fever.  We were nine or ten, and six of us boys were his pall holders.  Just like our fathers would be.  That kind of thing is not so unusual.  I know when a little girl died here, she was carried to her grave by six girls.  They were all dressed in white.

I still like to visit Alexander. Why don’t you go visit him too – you can see his stone at the burying ground right here in Liverpool!”